Updating Drupal 8 sites via composer can be hard. If you are following good practices you have your website code in a git repository, and you have an environment where you can test your changes before deploying them to production.

Here are the typical steps you need to do when Drupal core or contrib module is updated:

If you manage dozens of websites, you can have a hard day when you have a new security release.

Enterprise hosting solutions started to handle this problem by providing better support for deployments based in composer but if you have a smaller hosting solution and access to a build server you can achieve the same with a couple of tools.

I am using this strategy for a couple of Drupal websites I manage and host in cheap hosting plans:

There are simple principles and tools which can be adapted to your use case or toolset:

The main feature of this development and deployment strategy is that allows for easy changes ( I can eventually just change the composer.json in bitbucket directly) and I have the code deployed to development server first, and production afterwards in a matter of minutes and follow everything from Bitbucket UI: 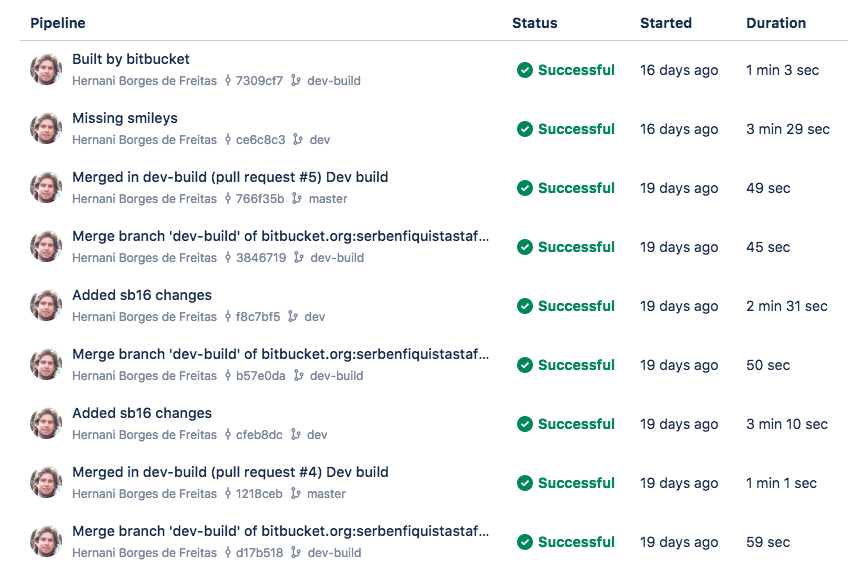 Hope this is helpful for you, comments are welcomed !

I am interested in Open Source, Web, Software and inspiring things.

I provide technical consultation and advisement for clients in several areas, being lucky to work in the biggest Drupal sites from all around the world.

This blog is about what I did, what I do and what I fail to do.